anybody is out there 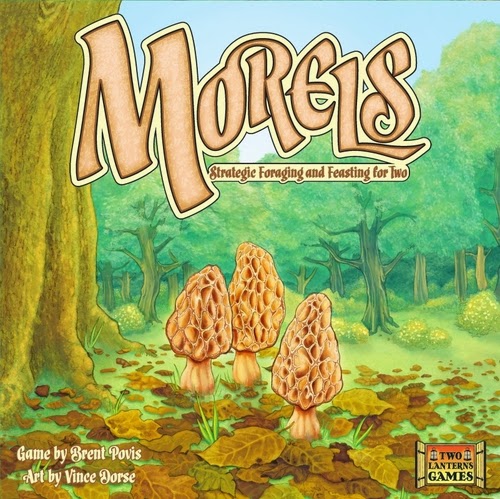 Yeah, seems like this blog is now a once a month instead of the once a week I was hoping for.

So, to the very few readers left reading this, I apologize . . . and my two main excuses are;

1) My dad was in hospital for almost a month - he is recovering now after heart surgery.

Games - yes, wonderful games. I’m sure that in the past month I’ve purchased one or two.

So, I’ll talk about one of them.

No, really. It’s a two player game all about collecting, selling, cooking and eating . . . mushrooms.

No, not those mushrooms either . . . and I don’t think the designer was eating mushrooms when he thought of this game . . . but I can’t be sure.

Anyhow, it’s a two player card game that lasts about half an hour, has some hard to explain mechanics but is pretty tactical and fun.

And not for everybody.

My wife and I like it pretty well, though we weren’t blown away by it.

It’s a good game if you have a half hour to wile away.

Tennis - has been happening on and off with my dad thing, and I’ve been playing okay. And by okay, I mean no injuries - which I guess is better than okay, really.

And this is the first weekend I have a free day off - and yes, I’m off to a friend’s house to game - what else would I be doing?

I’m eager to play Legendary Alien Encounters, now that I have all the cards I was missing.

I may drag along BattleLore 2nd Edition too - just in case.