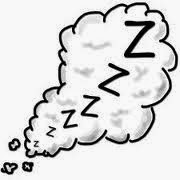 Yeah, not much to report this week.

I mowed the lawn - it needs mowing again.

I finished a book - I started another one.

Okay, that is getting tedious.

So, the week as you can deduce from the blog title, was pretty quiet and uneventful.

I did start another YouTube gameplay series though - Tomb the board game.

If you are so inclined you could check it out over on my channel - Here.

And for the first time in a long time I went into the big city and DID NOT go to the big game store - and so avoided buying yet another game or two . . .

As far as gameplay video series go I have, I think, over twenty still left to do . . . um, yeah.

Highlights for the coming week included playing tennis twice and maybe checking out a couple of auctions looking for end tables for our newly constructed viewing facilities.

And with that prattle, I’ve taken up quite enough of your valuable time for one day, so . . .

Until next Sunday . . .
Posted by Unknown at 7:08 am No comments: Links to this post 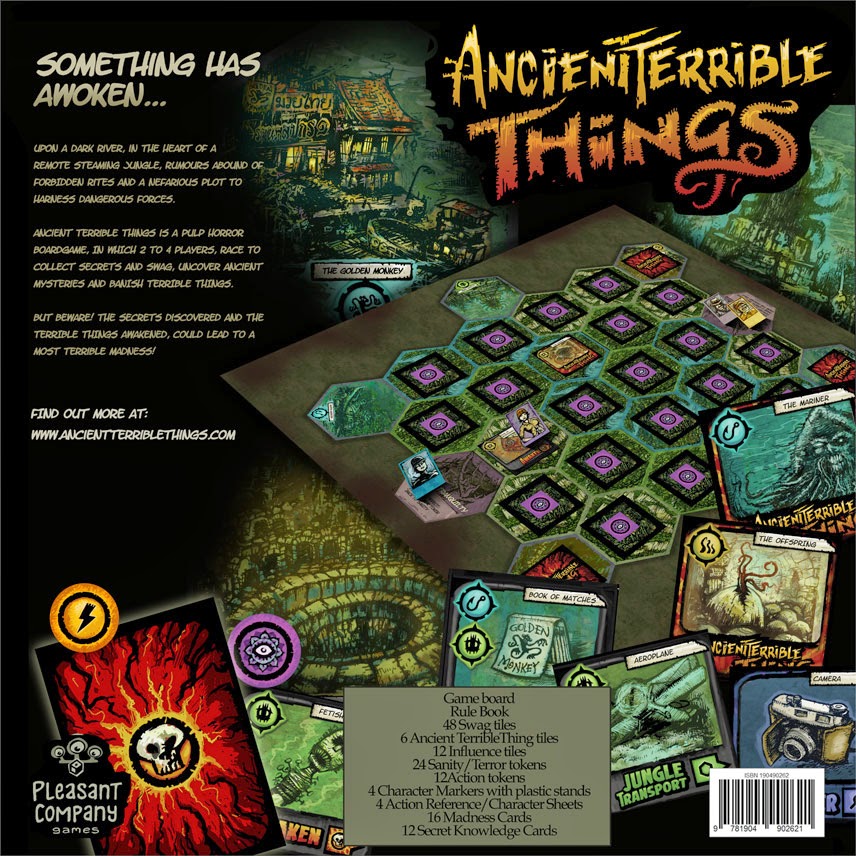 So yeah, another board game enters the stockpile.

This time it’s a pretty quick dice chucker of a game - and pretty awesome all in one.

It plays 2-4 players, a minor drawback, but plays in less than an hour, coupled with dice rolling and card and token manipulation makes this a winner.

The grass - it is high and needs cutting.

Officially, I think this is supposed to mean spring is here, despite the last two nights of frost!

And it’s also a long weekend, which means lots of people get another day to enjoy being away from the grind.

Anyhow, I had a pretty quiet week last week as I didn’t put up any YouTube videos of board game playthroughs - but this week I will be into another series, so there is that.

Not that it will make too much difference. So far I have not broken myself on the court since the last time (months ago now) when I crippled my ankle. Fingers crossed.

And the Gemmel book is nearly done . . . but the weather has improved, so couch time has been at a minimum . . .

Except for watching “Dead like Me” with my offspring . . . she likes it, but I cringe a little every time they drop the “F-bomb” on the show . . . still, it fits.

Oh, this past week we actually set up our basement as a viewing room - now we have places to sit and a new TV that is much larger than our old one.

Until next Sunday . . .
Posted by Unknown at 9:28 am No comments: Links to this post 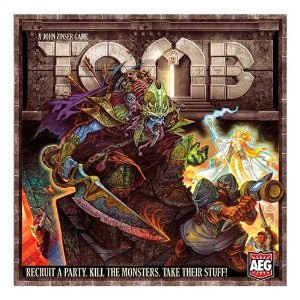 So what is with the stupid, annoying, and fuzzy image of me that Google plus puts up every time I post here on Blogger - even though I’ve tried not to have that happen!

I will try to figure out how to not have that happen one day.

On the board game front I do have another one to share - and it is really, really fun - but really, really lacking in the rules department clarifications, so you kinda have to just wing it.

The gist is you gather a party of adventurers, delve into the Tomb, raid the crypts, defeat the traps and monsters and then make off with the treasures . . . sounds easy.

But like I said, the rules are kinda broken so lots of house rules need to be invoked. Still it’s damn cool and I can’t wait to inflict try it out on my gaming group.

Oh, and it is not co-op in any way. You basically try to kill all the other player’s adventures or at least maim them so you can make off with the loot while they are left in a pool of their own blood wondering what just hit them . . . see, fun!

It’s all card driven and there is a huge pile of dice that needs to be rolled for checks against traps and the like - so dice and cards and mayhem . . . what more do you want in a game?

So this week was once again pretty uneventful. Played a little tennis, made some YouTube videos of a the Resident Evil Deck Building game . . . where I got my butt handed to me . . . and read some David Gemmel.

But, we did manage to find two comfy love seats for our TV room - and no, I don’t have Netflix or cable or satellite for whatever - just a good old fashioned DVD player and old LCD TV.

Yeah, I am behind the times people . . . give me a minute while I bang these rocks together to get the fire started to warm up my room . . .

Yeah, not much to see around here.

Well, once again the clock on the wall indicates that my time is up, and you most likely have better places on the intertubes to visit . . . so . . .

Until next Sunday . . .
Posted by Unknown at 9:06 am No comments: Links to this post 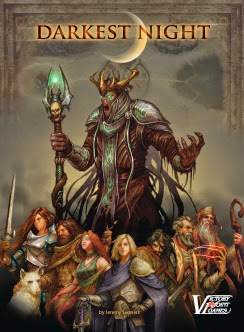 Yeah, it usually comes sometime mid-winter, but for me it came last week in the form of yet another board game . . .

Well then, this game is a pure cooperative game where four surviving heroes try to undo the evil that has befallen the land by the, you guessed it, Evil Necromancer.

And hooey, is this a nasty piece of cooperative gaming design.

My first attempt to defeat the Evil saw the land totally overrun with corruption of every kind. Which is kind of how this game works. Each turn all four (and you must always play with exactly four) heroes get to take one action - then the Evil Necromancer gets his.

Again, tons of reviews out there so I won’t go into details too much. Suffice to say the heroes have ten unique abilities, of which they start with only three. This can increase as the game progresses and events occur letting the heroes gain new powers.

I’m pretty sure it’s a fun game, but the beating you take trying to stay alive, find keys to open locked chests containing powerful artifacts to fend off the Necromancers ever increasing blights and minions is, well, just bloody hard.

I will try to get this one to the table some time this year with the gaming group . . . but I seem to have this huge backlog stockpile of games that need playing . . . so, I should, um, cool it on the purchase end for a bit . . .

Anyhow, I’ll be starting up another series of game play videos this week. And, I’m shocked that I’ve cruised right past the 400 subscriber mark on my channel, and it seems to still be growing . . . um, like, wow.

Another exciting thing (cue sarcasm)  was driving to the downtown of the Big City this weekend with the main north-south highway closed . . . can you say two grueling hours each way! I knew you could.

So, tennis is happening tomorrow - I’m glad since it’s been a week and I need to get on the courts again before I totally forget how to hit the ball.

And that Heinlein book is all read - it was quite good, oh, and titled, “The door into summer”, in case you needed to know.

Well, another week has gone by and, if I look closely, I think I can see some buds starting to show on some of the foliage around here . . . and bunnies . . . lots of bunnies hopping around our yard.

Could it be spring?

Until next Sunday . . .
Posted by Unknown at 7:22 am No comments: Links to this post