You would think, after the hours and hours of gutting the house this summer and getting rid of mountains of life accumulations I would have learned . . .

So, as today’s blog title suggests, I just had to get myself another board game . . . well, two actually . . .

*I sense the rolling of many eyes*

Okay, I admit it.

See what I did there?

Anyhow, now that you know I got another board game you are likely wondering what the heck it is already.

So, long story short - I got Lords of Waterdeep and the new expansion - both on a great sale.

Seems that Indigo slash Chapters has them both on sale for four days at 34 percent off . . . yeah, 34.

So, that actually brought the price down a few dollars below the awesome online sellers.

And I had this 25 dollar gift card that I got for getting older this year that needed using, and I really, really do not need any more books, ever . . . and so . . .

Oh, also, the four day sale thing included free shipping anywhere in Canada . . . which is where I am . . .

Put it all together and both the base game and expansion cost me less than just buying the base game alone from any one of the hugely discounted online sellers . . .

Who would have thought Indigo would be such an awesome place for me to exercise my lack of control.

So, um, anyhow, now I need to inflict it on my friends once it arrives which will be some time next week . . .

One last thing - it is games day again today (WooHoo!)

I’ll be leading four hapless investigators into the lair of a cultist headquarters . . . yup, it’s Mansions of Madness time again.

Until next Sunday . . .
Posted by Unknown at 7:09 am No comments: Links to this post 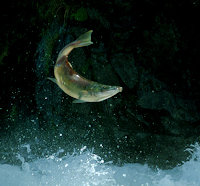 Just finished 4 hours of house purging . . . and then I’m heading out for lunch, so today’s post is going to be a rushed one.

Well, I did get to goof around with Garage Band this week as I said I would, but have not created something worthy yet to share.

And I did’t get any chance to do a video this week as I completely finished gutting and reorganizing my lair - which was a monumental task.

Hurray! I’m finished. It is so much less cluttered I can’t even tell you . . .

But, I just did, thus nullifying my previous sentence . . . um, nevermind.

Did I mention I’m rushed today?

Anyhow, two days ago my first huge load of books got auctioned off . . . and I have no idea what they fetched.

Nobody really wants tones of tomes anymore - the way is electric.

I have another load to go to auction next week as well, and we got in our new mattress.

We bought a totally foam mattress, no springs attached.

It feels to me like sleeping on a giant firm marshmallow . . . which sounds horrendous, but is actually quite comfortable.

My back thanks me every morning now. Really, it makes a huge difference from the old stiff spring bed we had, or the rack, as I called it.

Also, this morning, I moved the TV down to the basement so our family room is now for reading only - or having family discussions . . . um, yeah . . . reading then.

And my ancient, though awesome, stereo equipment is now hooked up to the TV downstairs - and yeah, it sounds pretty much like being at the theater now . . . no kidding.

Until next Sunday . . .
Posted by Unknown at 1:22 pm No comments: Links to this post 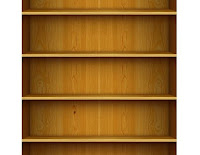 And so it begins - the great purge of my vast collection of books and stuff located in my basement lair.

As we continue to gut the rest of our house of not-needed items, I turn my eye now inwards towards my too large 30-year collection.

My goal is to reduce my book collection by half or more. In its heyday my collection reached almost 1900 books. Today I have ten full bookshelves and about 1400 books, but by the end of this month I am going to make it five bookshelves and maybe around 800 books.

Towards that end, yesterday I took away 27 boxes of books, around 400 or so. They are off to auction and will likely clutter up somebody else’s house.

It’s refreshing to get rid of things, but it’s also been mentally hard to do. I did collect these books for over 30 years after all.

But the reality is most, if not all, of these collected works are available via ebook or library so I don’t need them in my collection anymore taking up space - and they do take up a lot of space.

I also need to pair down my game collection. I will sell the ones that really get no love and try to make my one closet less stuffed with them.

In other news, with my offspring is starting high school next month (yeah, really) and we needed another computer for her to work on. So, the obvious choice - a Mac - of course.

I’m stoked about it since I can get back to music creation using GarageBand and making better videos for YouTube using IMovie.

The computer is dead quiet and has the same hardware as my PC. Did I mention I’m stoked . . . oh, yeah, I already did.

And today I will be gathering with some victims . . . um, friends to run them through a game of Mansions of Madness, my latest game acquisition.

I know, I know - there is little hope for a cure there but maybe I will have a number picked and never go over that many games. Say 30, or something.

So, once I pick that magic number then, every time I buy a new game, an old one must go.

I need to ruminate on that for a bit, but it sounds like a solid policy to adopt.

Well, much cleaning and purging happened this week and more will happen next week.

And this coming week I’ll be learning the ins and outs of GarageBand and IMovie so you can look forward to some more creative projects from me soon. 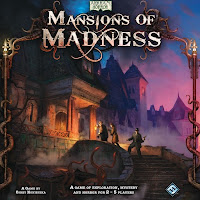 Yup - another huge Fantasy Flight board game is official owned by me . . .

I know, I have a slight acquisition problem, but it could be worse - I could be a Harlequin Romance paperback collector . . . hey . . .

So, played my first game (with family) yesterday, and I have to say this is not a super light board game, but a heck of a fun one.

There is much to be done as the Keeper, the one controlling the story, which was me. One false move in placing clues during game setup and the game gets sort of broken. Avoidable if you pay attention and double check what you are doing.

Also, if you, the Keeper, are not intimately familiar with the particular story you are playing through (there are five scenarios, each with three major story lines and 12 combinations for a total of 180 variations), it can get pretty confusing as to what is exactly going on as clues are purposefully vague and the associated flavour text is also kind of vague.

But, this all works to great effect. You don’t just want the investigators to have everything handed to them on a silver platter - no, they must explore the mansion and follow the clue trails to stand a chance at beating the scenario.

There is a clever timing mechanic where, at the end of each Keeper’s turn, a time token is added to a stack of cards for each particular scenario. Once the number of time tokens matches the number printed on the backside of the card it is flipped over and an “event” transpires based on the choices the Keeper made setting up the scenario.

I’m probably making it sound more complicated than it is - just make sure, if you are Keeper, you know exactly what is going down and don't mess up placing clues during setup - and all should be good. Also, as a player, you need to pay particular attention to the flavour text to unravel the details of where the next bit of information may be hiding.

The miniatures in the game are just awesome sculpts, but the cards seem a bit thin though they are totally useable. The double sided game board pieces are very thick and nicely detailed and the whole Lovecraftian theme just screams out in this game.

I actually like it more than Arkham Horror (even though I only played MoM twice - once solo to learn the rules and once with family yesterday) because it is a more intimate setting and the tension ratchets up nicely as the events unfold and time begins to run out on the investigators.

Combat is done with card draws and flavour text as well and it works nicely. You are never quite sure which attribute you may be testing as you wield your melee weapon or fire your gun. Very well done. Spells are likewise brilliantly done. Each spell in the game has 5 cards and each effect printed on the back is different, so when an investigator casts a spell, succeed or fail, he/she is never quite sure just what the heck is going to happen. Very Lovercraftian, and very fun.

As the game unfolds memorable moments for the players happen. During our family game, in the last two turns, Harvey Walters took a fire extinguisher to a Maniac and gave him a good thrashing . . . epic fun stuff.

Then there are actual puzzles to be solved by the investigators, phobias and traumas the Keeper can play at times to screw with the investigators and monsters galore to toss into the mix to keep the players on their toes.

Overall a great game, but one that needs a Keeper with good concentration skills as he/she looks after about 80% of all game activities, including combat cards and revealing exploration cards in the various rooms.

And, because of painting my daughter’s room last week, plus a plethora of other family activities as well as this new board game distraction - I did not get to making a video . . .

Until next Sunday . . .
Posted by Unknown at 7:21 am No comments: Links to this post