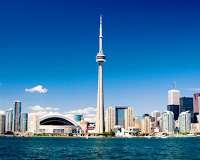 I used to live in the big city when I was younger - for like 13 years.

Loved it a lot back then - not so much now.

I’ve made two trips into the big city in the past two weeks and need to go in once more this coming week - and then I won’t need to go back again for, I hope, another year or so.

The trips were made to sort out a bunch of cello stuff for my daughter -which is now pretty much sorted with the final trip tying up the final loose bits.

The only dangerous side to these big city trips is passing by the game store and fighting the urge to buy something.

I did, however, manage to resist during those first two trips, mainly because I was with my family and toting along cellos and cases, not the easiest things to game shop with in a busy store.

This last time I will be going in with only a few bows to return, then returning pretty much empty . . . yeah, dangerous.

I do have my eye on two games that I’m pretty sure I’ll scoop. Call it my payment for all the shuttling about of goods and services the past couple of weeks for my daughter.

I spent a bunch of this week researching fun games that can be played in fairly large groups and have a co-op element to them or are totally co-op.

Looks like the winners are “Betrayal at House on the Hill” and “Fortune and Glory.”

Neither of these games can in any way be considered a deep, meaningful strategic game where luck plays no part  - but from what I can tell they are a whole heap of just plain, mostly silly, role-playing fun. I think the people I game with could get into them.

Betrayal has the twist of someone turning traitor mid way through the game, but it sounds like this is mostly wacky and weird, so nobody should get hurt feelings if they become the baddy. You can play up to 6 people with this one.

Fortune and Glory has a totally co-op rule set where you race against either the Nazis or Mobsters to see if time runs out on you before you can claim enough Fortune from globe trotting and tomb raiding before they do. You can play up to 8 people with this one.

It’s supposed to be Raiders of the Lost Ark in a box - and if you don’t take it too seriously (I mean how can you, really) then it should be a social fun game time.

Of course the box size is silly - it’s the same dimension as Twilight Imperium 3. I guess they are thinking of releasing twenty expansions or something for the future.

Well, once again I’ve managed to ramble on about games pretty much the whole post. I guess I'm gearing up for next Saturday - Tabletop Game Day - when gaming will happen.