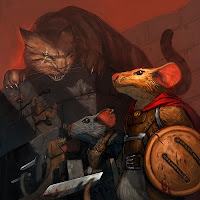 I am forever questing for the ultimate board game, one that is engrossing, challenging and above all very, very fun to play and also doesn’t take half a day or more to finish.

Well, have I got news for you!

I just picked up Mice and Mystics from Plaid Hat games, and it is pretty darn sweet. The mechanics are solid, the components are top notch, the miniatures just scream for a paint job they are so well detailed, the artwork on all the cards is cool, and it drips theme like no game ever . . . well, except perhaps Arkham horror . . . but I think this one is even more immersive in its theme.

It’s a game which is told in a series of chapters, like a story book. In fact, the game plays out as an adventure story with each chapter focusing on a clear objective, and each chapter, of which there are eleven, is a scenario in which you explore beautifully painted double-sided playing boards to further the story along.

Each chapter takes about one to two hours depending how long you deliberate over each mouse hero’s turn . . . yes, mouse hero . . . you got a problem with that?

Not going to spoil any of the game for those that want it, because it is so cool and fun to play and see the story unraveled. I’ll just say the story is neat and the gaming experience really feels like an epic mouse adventure like that of Redwall or Mrs. Frisby and the Rats of Nimh . . .

It’s a game for 1-4 players and is totally co-op. There is no option, or need, to backstab your fellow players, and you will not want to because the game itself has plenty of difficult minions and situations to deal with as the story unfolds.

I’ve played through the first two chapters myself to get used to the game mechanics, but have yet to finish the third chapter - I was defeated twice! Rats! . . .

I’ve played quite a few co-op board games, maybe a dozen or so, and this one is, I think, my favourite one so far.

And I’m stoked because today is game day and I’ll be toting this one along and introducing it to my gaming group. Being into writing, well most of us, this “story” driven game should have appeal.

There will be five of us, but I’m going to let the other four play the heroes while I take on the role of rule’s Nazi and play all the minions . . .

My overall rating for this one would be a solid 9 out of 10, only losing 1 point due to a few, at first, unclear rules. But the FAQ and forum over at Plaid Hat pretty much clears up any issues you can run into that cause game-stalling problems.

So, for a fun, theme-oozing co-op board game, look no further. This one is a definite winner.

And geez, if the space allotted for my blog today isn’t all filled up already . . . 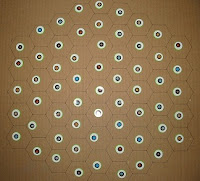 So, here is a picture of my prototype board - I know, rather bleak looking. My offspring suggested I spruce it up with colours and such.

Um, if I were handy in that way, I might attempt it.

But, my game board painting skills are not so good - I will leave that up to a production house once I sell it, or produce it myself for sale.

It’s, as you can see, a hexagonal shaped game board with smaller hexes as the playing spaces. Those little planet tokens are cheap plastic bingo chips with planet stickers on them . . . hey, it works.

I think I mentioned before I was going to use the Twilight Imperium miniature ships as play pieces, and now I think of it, I should have taken a picture with some of them on the board.

Anyhow, each hex can contain two Dreadnaughts from TI3 with a bit of space left over, to give you a sense of size. So, that makes them about an inch and a half across.

I finished editing the cards for the game, all 100, and I’m contemplating printing them out in one of two ways.

The first way will be on stickers which I will then apply to index cards so that each card will be identical in size and you won’t be able to tell which card you are getting when you draw one.

This is my preferred method, but it will cost about fifteen bucks to do since those sticker sheets are not cheap.

The second method is to print them on card stock (which I already have) and then cut them to size. This will inevitably lead to uneven cards and after a few plays you will know which card is likely to be which.

Not the preferred method but dirt cheap, as in no cost at all right now.

Hmm. Any ideas out there for other solutions?

Well, enough about the game for now . . . more to follow after I do a play through with friends in the, hopefully, near future.

So, to quickly end the ramblings for this week, last night was eating, I mean, reading night again. A time when our group gets together and reads from their writings.

And yes, it quickly devolves into a feast. Last nights cake, cinnamon buns, cupcakes, chips, bugles . . . you get the idea.

No food for me today, thanks. 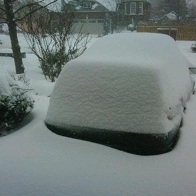 So, my only comment on the “storm” is this one lifted image from the weather network site, which was pretty much a similar sight to my driveway two days ago.

I’m too lazy right now to go outside and take a picture of our six foot snow banks or my partially buried vehicle in the driveway - so you will have to take my word of it.

Anyhow, I shoveled three times Friday, and that just about did it for my back, even with my offspring helping out.

Let’s just say my aching body is aching - a lot. I had to go replenish my supply of pain meds yesterday.

Nuff said about the white stuff then.

I’m pretty much going to get my good friend to play this with me within a week or so, even though he doesn’t know it . . . well, now he does after reading this post.

My only sad point is, it’s kinda like Exodus the board game which just came out.

The test will be in the playing though. I’ll give a report once I’ve had a chance to do just that.

And I took off tennis this week to give my body a rest, plus the fact that I was deathly sick for 24 hours after eating, I’m pretty sure, some tainted salsa on Tuesday . . .

Nothing like a good dose of food poisoning to make you wish for death, then grab on to life for all it’s worth once the agony finally passes.

Yeah, lots of fun there.

Well, I’m thinking I may put up a picture of my game board for next week, maybe mid-game?

That would be cool - no?

That would be awesome though. Who knows, maybe Fantasy Flight will buy it from me or I may just start my own game company instead.

Until next Sunday . . .
Posted by Unknown at 7:54 am No comments: Links to this post 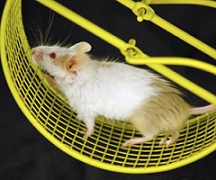 How easy it is for me to slip into the “read a million books a year” mode and let all other considerations drift away.

And this time I don’t seem to have any cunning plans, cuttable by knife or otherwise, available to me.

So, it’s up to me to just drag myself away from the book reading for a while each day and get on to other matters.

Oh, I’ve managed a great deal of exercise as well, but that does not get my game ready for play testing.

Then there are the hours and hours a week I spend playing chauffeur for my daughter and her cello and friend commitments.

And, this post is starting to sound a lot like a stream of consciousness and not a cogent rationalization of my actions the past few weeks.

Oh, I also, looking back on some of my rather amusing (well to me anyhow) posts of the 2006 era, found that a small picture accompanying the blog post seemed to spruce the thing up a bit, so I’m going to implement that practice once again.

And why does my Microsoft USB mouse want to start screwing around on me? Maybe I’ll plug it into the PS2 slot with an adaptor and see if that helps.

It could be that is it dying - which would be sad. It is four years old. I wonder how many clicks a mouse if supposed to be good for?

I’ve tried messing with most of the software settings, but it has had only marginal success in making the delayed, or outright lack of response to right clicks in some cases, go away.

I will say I need to slow down a bit on the reading though - yesterday I read for seven and a half hours . . . um, yeah.

And since my mind is bouncing around like a rubber ball, I’ll leave off here and see about getting back to working on my game for a spell.