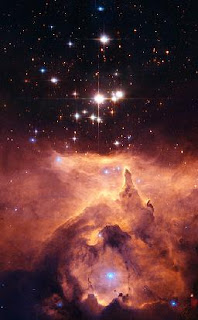 The new year is here (well unless you are Chinese that is) and I have spent a few days working on what it is I will be working on – writing wise - this year.

I’m going to try to produce a short story or chapter per month, every month for the whole year.

It’s going to be a stretch, a big one, since I have only three hours per week when I have actual scheduled writing time. This will change to five hours per week starting in mid-February, but if you write you know how few hours they really are.

We, or I, shall see what happens then as the months progress. And I may, or may not, be posting the results. I haven’t decided that far ahead yet. I am leaning towards yes though.

My big project is getting the once over right now with actual writing starting in February. It will consist of 12 parts. I struggled a lot over what those parts should be.

But, ultimately, I decided on chapters of a (novelette) or (novel) depending on how long it actually ends up being.

So, the plan will be to have part one (or chapter one actually) completed by April of this year.

Another stretch – I should be a grand Yogi by year’s end for sure.

Now a small note about my holidays.

They were extremely sweet. This was the first time in 18 years where I took a full three weeks away from the workplace during Christmas. I even had more time off than my daughter (at school) and my wife (at school too, but a much more advanced kind of school) and so had plenty of time to formulate my plans for future. See above.

And four of those days were spent gaming. And I mean days, like complete days.

Those four days consisted of a game of Arkham Horror (We won), Twilight Imperium 3 (I almost won), and two separate sessions of the devil’s own handiwork – D&D. Both of those sessions were fun, but for the second session (it was the third day of gaming in a row) I was a tad “not there” in the sense that I was sleep deprived. Still, despite my mental fatigue I managed to single handedly kill three large spiders by myself – before being poisoned and falling unconscious that is.

Well, this has gone on long enough as after vacation I need to ease on back into blogging.

Oh, the perogies did work out perfectly though at Christmas. I am almost to the point of saying I have them mastered, but will save that comment for the time when I am really old.

Twenty minutes on the trampoline a day, every day, unless I am sick . . .

Hey, I heard that!