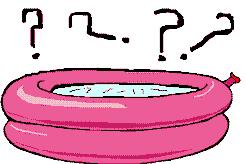 Well, a very exciting first week as Mr. Mom came to a close yesterday, and I hope I'm prepared for week two.

Yup, first day on the job and my daughter break’s her arm. Half way through the work day the principal of the school calls and tells me my daughter is in the office with a hurt arm.

I’m asked, “is you daughter one to cry easily?”

And I get to worrying.

So, I cut out of work early and go pick her up. I find her sitting in a chair in the office holding her arm, which looks like she can’t bend it at the elbow.

Three hours later she has on a temporary cast and Mr. Mom’s first day winds down.

A trip to the fracture clinic last Thursday has her in a permanent cast for three weeks.

They heal quickly though. Still, it’s not fun for any of us when her arm is not working like it used to.

But I will prevail.

One down, two to go.

As for writing updates.

Well, as I mentioned, they are going to be pretty dull until the end of the year. Next chapter of my Star Trek novel will be up Wednesday.

Not much more to be said about that.

And I'm working through another concept for next year. At a high level it will be (initial planning out loud here) a series of short stories set in a universe of my concieving. Sort of like Niven's tales of known space, or Lucas's Star Wars universe, or the B 5 universe or the Firefly verse . . .

More to come in the weeks ahead and my first projected first "tale" should come out Feb 1 2007. I'm thinking this project will run about 12 tales to give the whole story and realy flesh out my universe. I will try to have one fresh tale every two months.

I did finish watching “Taken” this weekend though. I was pretty impressed with it. I love the whole Alien Mythology Canon Stuff . . .

Are we really alone at this “time” in the universe?

It is hard to imagine that ours is the only planet that evolved creatures capable of contemplating life and even asking the question, “are we alone” at all.

Does it really matter anyhow? I mean really, other than to satisfy our curiosity as a species?

If you knew there were other life forms out there would it stop you from doing what you are doing? Well, maybe somewhat. It would open up new ways in which humanity could exploit one other.

When we are ready to emerge, we will be set free.

Well, back to my editing.

Until next Monday then when I may explore other deep issues like, pizza for breakfast, or whether you really need to separate the whites from the darks . . .