I write the history 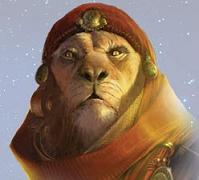 The universe may be vast but it is seldom uncontested. Even the most remote sector of space holds some value. Something to own, something to die for.

Such was the backdrop this weekend as four of the most powerful galactic powers gathered to prove their supremacy over the others. Only one would rule all. Only one would regain the ancient throne and dictate how the galaxy would be run.

I am Lucern, ruler of the Hacan. We are a proud people and our claws and teeth are sharp. Our prides construct vast armadas of dreadnaughts to lay claim to that which is rightfully ours. Trade should rule the galaxy and we were to make sure that inevitability should come to pass.

Three other lesser races also would contest the throne. The Jol-Nar, and highly technological race but weak in battle. The Yrassil Tribes, what I would call a detestable race of sneaky underhanded thieves and cheats. We would have taken great glory in crushing them under our paws had they provoked us. And lastly the ragtag bandits calling them selves the Mentak Coalition. They are the real scourge of our galaxy a collection of cyber-enhanced humanoids of every race, but they do hold great power and their cruisers, if massed in sufficient numbers, are a terror to behold.

The first couple of years saw each race expanding outward although the Jol-Nar’s closest planets were all but uninhabitable despite their vast technology. We did not weep for them and as their close neighbors proved unfit so they encroached closer to our space.

Early in the second year we made a grave tactical error. We could have stopped, for a little while at least, the buildup of the Yrassil Tribes. Instead we used that power to thwart the Mentak. I would not make such a mistake again and thankfully the error was not an utterly hopeless one.

The first shots were fired between the Mentak and the Yrassil. True to the Mentak’s way they attacked with a large cruiser force and drove off the Yrassil. This, as you can imagine, enraged the Yrassil almost beyond reason and was a boon for us. Despite our disrupting the Yrassil’s diplomatic abilities on more than one occasion no open war broke out between us. We, the mighty traders of the universe did manage to deny then any trade with other races.

It would prove a good choice since the Yrassil, like a virus, quickly populated every world they could get their fast transports to. Meanwhile the Jol-Nar, unhappy to share their technological supremacy, denied the same to others for a whole year. It was tough, but we managed to build up our forces.

Wormholes too close to our homeworld caused concern, so planetary defenses were a must as well as dreadnaughts which we built. In the final years of the race we were clearly in the lead and headed for the Imperial Throne. The Jol-Nar had build two gargantuan death star platforms and despite the presence of our total dreadnaught fleet we became concerned.

However, galactic peace had been declared for an entire period and we had only two more moves to complete before I would be crowned Imperial Leader, all others bowing before me.

Then the unthinkable happened. The Jol-Nar mysteriously disappeared from our sensors. Maybe an experiment gone wrong? A calculated plot?

However their disappearance came to be, I was quickly crowned Imperial Leader, but of the Jol-Nar we heard no more. Ships were sent out to scout their last known locations, but all we found was empty worlds and empty space.

I fear they have retreated to regroup. But if they ever do return with less than peaceful intention, they will have three races to fight with the Hacan at the front.