sand and dust and winter boots

I had a vivid, color dream last night.

But I don’t know if I should recount it here, for fear of what “others” (others = people I know who read this site) will think. After I jot down a few other things, I may post what I dreamed, if I’m feeling brave – or foolish, or honest?

Oh, and the title today pertains to two things. Dust is what I use to refer to a short story I dug out of my computer archives and will appear on Wednesday. It is pure dialogue, sort of like the Val9000 piece I posted a week or so ago.

But the dust does not refer to the age of the piece, but only to the fact that it got buried in my files (under the dust) and while sweeping my hard drive, I found it. 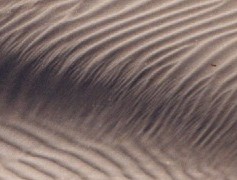 And now onto the sand. As in the stuff the Sandman (not the Gaiman version) places in your eyes at night and the vivid dream my sleeping mind created.

Okay, at the risk of taking a bunch of heat, I’ll spill the dream out here and now.

Please note – this was a dream. It is not reality. It does not reflect the opinions, beliefs, clothing styles or beverage choices of the dreamt of individuals. Because, as you see, it was a dream, a pure fantasy from my mind in the night as cooked up by my subconscious mind (a scary thing at the best of time and I’m glad it is sub-conscious)

Now, it’s sometimes fun to try to figure out why we have a dream, where the pieces come from. For this one that is pretty straightforward. Slayercruise 2007 coupled with my favorite actress and her hubby.

You see (we are into the start of the dream retelling now – please proceed with caution and ignore the chanting and smoke – it won’t hurt you) I was invited over to my favorite actresses house (reason unknown – like who cares anyhow, I was in the door) and was seated on a couch opposite her husband who was on another couch eyeing me rather oddly. My favorite actress was on my left in another chair, bubbly, happily smiling and being a very gracious and pleasant host.

Outside the front window I could see a large body of water through a line of trees across the road. The neighborhood was somewhat secluded. The house number was 415. Small talk and tea made up the first several minutes and I have no idea what the hell was discussed. At one point a movie was playing (don’t know what it was) and every so often I would look over at my favorite actress then look away again.

Her hubby was obviously getting distressed at my attentions (innocent I may add, more a I can’t believe I’m in this house with these people just having a normal visit) and shooting me less than friendly looks himself, but still behaving nicely enough.

After the movie ended I was asked by her hubby why I kept staring at her all through the movie. I had to admit that the movie was pretty boring and that looking at her was a far better option than viewing most of the film. I will add that I also was looking at him, the rest of the house, the outside waterfront view, the dogs and cats that were present. It wasn’t at all as her hubby had accused.

But I couldn’t deny that I had looked at her. I wouldn’t lie. She was very sweet about it. She pacified her hubby, and then gave me a quick peck on the head, sisterly-like and kind – not anything else. I think this cheesed off the hubby even more.

INTERLUDE – this is a dream, a whole dream and nothing but a dream people. Please don’t shoot me for something my subconscious tossed at me in my slumber. Back to the (insert adjective of choice) conclusion –

Time passed, more small talk, less awkward now that I had been in the place for about an hour and the ice had been broken. I then asked her why she doesn’t do pubic appearances more, and if asked, would she go on Slayercruise 2007. She said she had not been asked, but if she had been, if her schedule allowed, would make the trip. Her hubby agreed that if “they” had been asked, he would love to go.

I knew my time was running short, so I popped the question. Would you guys like to come visit me sometime and meet my wife and daughter? My favorite actress smiled at this, nodding her head, but her hubby quickly said “No, not possible!”, and that was that. I assured them it would be fine and I would even invite her dad as well. This just annoyed her hubby even more, and even wiped some of the smile off of her face too. Oh, boy. I had stepped in it pretty deep.

I had my answer, and had had my one and only visit. And, I was told, my time was up (this immediately following my asking if they would like to visit me) as they were having a party soon. I guess I was not party material for them, but I think the hubby was making sure I was gone before any fun could begin.

So, I thanked them for their hospitality, assured them that their location was safe with me, said my goodbyes, and went to the busy front door with about twenty guests already arriving.

And that’s when the trouble began. I couldn’t remember what footwear I had worn to the house. This being a dream, I had no recollection of actually arriving, so had no idea what I could have been wearing on my feet at the time.

I was faced with a large selection of footwear choices; about sixty pairs of different shoes, boots and slippers awaited me. I was left on my own to figure it out. It was easy to rule out the ladies footwear (even in dreams I don’t go for that, thank you very much!). I tried on a pair of those rubber boots with the red line running around the sole, but they were too small, obviously not mine.

I went outside where more footwear was lined up, wracking my brains to figure out what I could have worn. I went through a mental inventory of what I owned and began to look for my walking shoes. After a few minutes I determined that they were not here.

Then I suddenly had it (aren’t dreams great for leaps like this), I had worn my Sorrel winter boots, of course. And no sooner had I figured it out I had spotted them and put them on.

My hosts were nowhere to be seen now somewhere inside the large house beginning the festivities, and more guests (don’t know who they were at all) were arriving. I left the house as was suddenly driving down the street in my car. I looked at the number 415, and thought to myself what a great visit it was, even if her hubby was a bit cold. I could understand his protectiveness, even though he had absolutely nothing to fear.

Now for those (you know who you are) who are upset about this, please remember this was only a dream. I meant not offense to anybody in the dream or who could be affected by it’s retelling here. I have not named any names, but should certain individuals decipher who the dream people were – I apologize for any inaccuracies of character. I have never met either of them and only my mind’s eye created their reactions, and I am sure they are wrong.

Now with reality calling me toward a new day – I depart.

"Is all that we see or seem, but a dream within a dream?"