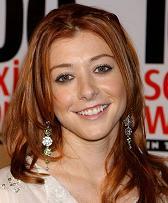 Doesn’t’ this smile just melt some of your arctic ice caps? But in a good way I mean. Not like crazy sea levels rising twenty feet and flooding forty percent of all land masses killing millions kind of way, but in the uplifting, happy to be alive and human . . .

I see you dancing in the hall, but don’t throw out your back just yet. Friday Musings have not returned - this is but a brief interlude to update you on what is up and where this blog is heading in the near future.

As my short stories draw to an end (nearly 50 now and haven’t written any new ones in a while - see later in post) and my mind travels over many exotic imaginary lands in search of the golden tight angora sweater, I find myself needing to vent (like a deep sea volcanic tube) some info, and hey, aren’t blogs jus da thang?

Isn’t Battlestar Galactica one of the most dramatic series on TV in the last good while? I picked up the DVD set of Season 1 and have nearly finished it now. I always thought Star Trek: TNG was intense, but damn, Battlestar is much more and really good to boot. Strong actresses and actors make that show great, and the writing is decent too. So, I join the choir and add my voice (off key and cracking) to those singing its praise. The music kicks too!

But what is with the releasing of half of season 2 in December? Different - but wise? If they release the whole season next year in one set, many will be pissed. If they release the other half they will be double dipping us for cash. Two hits of 50 bucks instead of one hit of 60 to 80. Gee, I almost forgot - it’s all about the acquisition of cash, abundant quantities.

And the show is shot in Canada too - eh, just like X-Files used to be. So who dah, Canada rules in tv show productions, it just rules, and the beer is so way better . . . (paid for in part by the Canadian Writer’s Guild and Brewers of Canada - not!)

And I don’t have any cable, satellite or other to pipe in new shows, but there are ways - DVD and such (I won't elaborate on the such part - please move away, nothing to see here), to catch up on them. I’ve heard House is great too, and Veronica Mars. Hey, what’s that in my wallet, why it’s, it’s . . . dust . . . huh.

My favorite actress is doing very well too. And since my wife is my much better stabilizing half, my daughter is my source of infinite energy, it’s good to know my favorite actress is gaining speed and ready for orbit, so I can continue to draw on her persistence and hard work to inspire my own creations . . . So, if you have cable hookup, you need to check out "How I Met Your Mother" - Monday night at 8:30 on CBS . . .

And why the tapering off of my own short story posts on Wednesdays - well I’m well on my way to writing my first screenplay so have been concentrating my time on that project. It’s a whole different kettle of wax, or is that ball of fish - never mind.

Suffice it to say that a script is not a short story, but it is creative and fun to do. Pulling it off well is the key and the hardest part. Getting somebody important to read it, then selling it, are the impossible parts - but hey, Rome was not built in a day. Of course anybody waiting for Rome to be built would have long died waiting for it - Call that a Catch 22 BC.

Which brings me to Serenity. Go see it yet? I haven’t. Bad me, bad, bad me. Just haven’t had the time between work, family, work, family and more family. I will be one of the lazy buggers who just gets the DVD when it comes out and be happy with that. Sorry Joss - I did buy the tv show on DVD though, hope that helps. And yes it is great fun to watch.

I now return you to your regularly scheduled blog . . .

until my next unscheduled Musings . . .
Posted by Unknown at 7:57 am